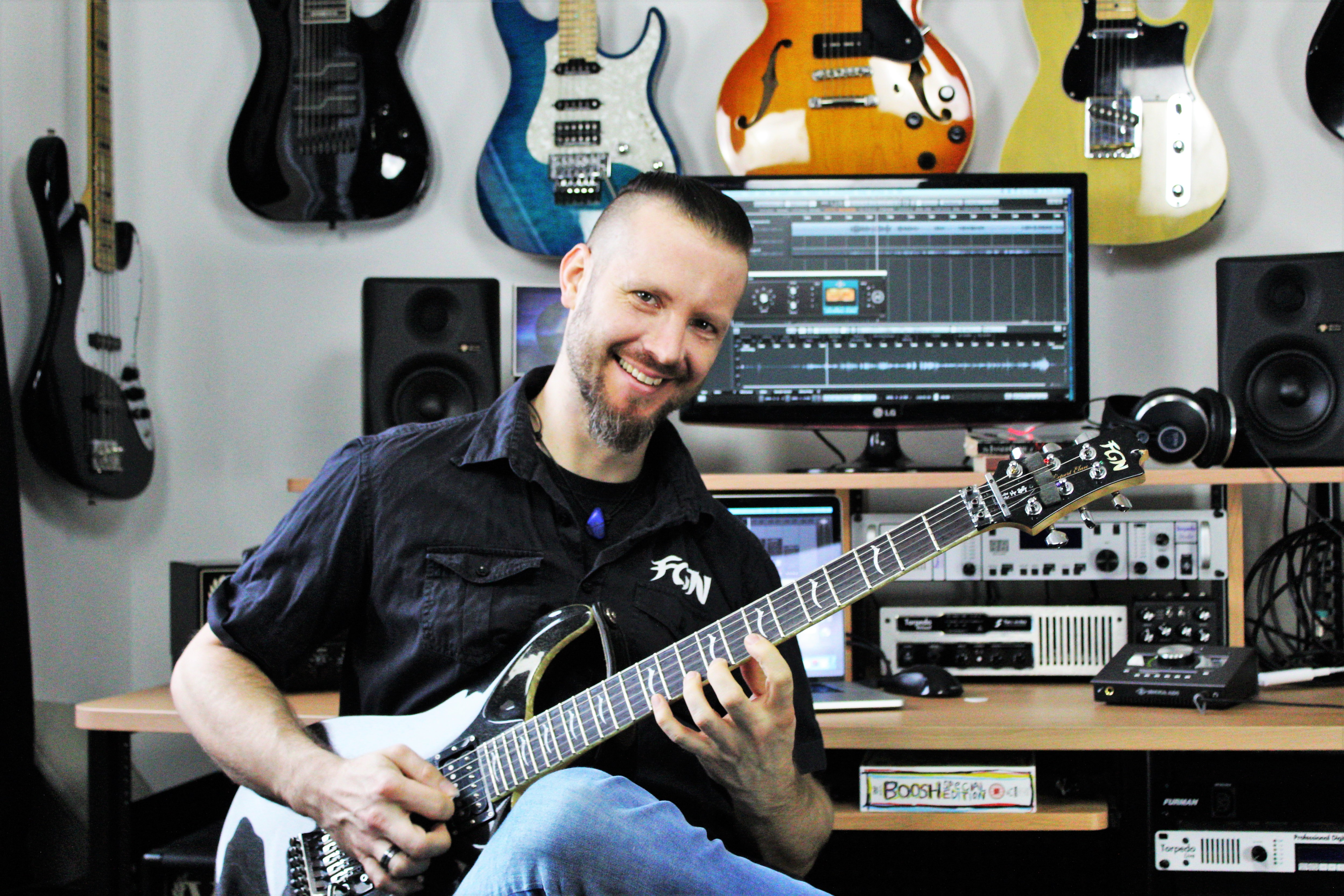 What guitarist isn’t a gear-head?

I am always on the lookout for what’s on the market be it from well-established manufacturers, start-up’s, or anything in between. That is why I started three series on my YouTube channel in January 2020: Demo Lounge, Making Metal, and On-the-Road. In the Demo Lounge, most videos are in my native German language where I demo gear and guitars and sometimes wrap that into interviews with the endorsed musician or the manufacturer. Making Metal showcases the process of creating music which sometimes includes studio gear. Making Metal is mostly in English, but can be in German from time-to-time. On-the-Road is exactly what it sounds like; there I take you along to showcase my bands and others from live set-up’s to the backstage and show you what’s happening at gear conventions. In every series I strive to deliver products, skills, and information on all things guitar and I am sure that no matter what language you speak, my videos can offer you a new perspective. Find them on (most) Sunday’s on my YouTube channel or get the most recent video upload from the news and updates found at the bottom of the homepage.

Officially, I have been endorsed by Japanese designed and manufactured FGN Guitars since 2012. I have played seven different models/guitars in four bands. What I enjoy about them is their quality and fit. Each model is well-made, reliable, and engineered to streamline playing. Find them at FGN Germany and FGN International

I have also officially endorsed French designed and manufactured Two Notes Audio Engineering products since 2014. Two Notes is a small company with big sound, creating speaker simulation gear that enhance both my live and studio recordings. Find their products at Two Notes International

More of my favorite, yet unendorsed, gear that I play are Revv Amps and Pedals, Peavey, Victory, and Diezel Amps and Cabs. All of my endorsed and unendorsed gear reviews can be found on my YouTube channel.

If you want me to make a review of your gear, contact me.